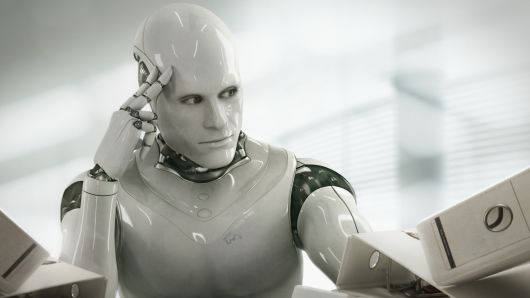 London is establishing a reputation as a global artificial intelligence (AI) hub, with investors flocking to the city.

New research from Pitchbook, seen by CNBC, revealed that between 2015 and 2017 AI developers in the city saw a venture capital funding increase of more than 200 percent.

PitchBook is a financial data and software company with offices in London, New York, San Francisco and Seattle. Its research found that the increase in AI investment around the globe generally lagged behind that seen in London. While London’s sector saw an investment increase of 43 percent over the last year, Paris and Berlin’s rose by 33 and 19 percent respectively. Beijing, Bangalore and Tel Aviv’s AI sector saw a fall in investment between 2017 and 2018. Meanwhile, New York’s AI sector saw investment surge by 100 percent in the same period.

“AI is the tech that’s had an impact on a very broad range of industries, and all of those industries are very well represented here in London,” he told CNBC over the phone.

“It’s very challenging for large tech companies to attract and retain talent in this sector, and London has a lot of AI talent that is pushing the boundaries of technology and its application.”

Investors in the sector rated access to skills as their top priority when considering where to invest, according to CognitionX, with 62 percent naming London as the best European location for AI talent. With 13 universities in the capital offering AI-related degrees, the city was seen as a hub for growing talent as well as attracting it.

In February, a study by AI research organization JF Gagne found the U.K. had the world’s second-highest concentration of high-profile AI professionals, with the U.S. taking first place.

Nick Jennings, professor of artificial intelligence at Imperial College London, has used his AI expertise to develop a platform for aid workers. His work, in partnership with aid charity Rescue Global, helps the organization filter through false information following disasters to deliver aid to the right places.

He told CNBC that AI is “not a technology that is solved,” and that it still had an abundance of untapped potential.

“In the future it will become ubiquitous and much more investible,” he said. “AI is a tech we need right now because we have so much information being generated, and humans cannot cope with that volume of data on their own.”

Last month, London-based firm CognitionX — a platform that connects AI experts with companies — secured $4.1 million from investors including Unilever Ventures. PwC predicts that AI will add up to $15 trillion to the global economy by 2030.

“AI can be used to build a better world and that definitely aligns with investors’ values,” she said. “The community is now focused on how AI can be used to solve big global challenges, such as climate change.”

According to recruitment website Indeed, London offered 868 AI jobs per million jobs in the city in 2018 — second in Europe to Stockholm, which had 1,167 per million.

One firm contributing to this was Babylon Health, the company behind an app that uses AI to diagnose illnesses. In September, Babylon announced plans to invest $100 million to create more than 1,000 jobs in London.

“Investment is not a challenge at all,” CEO Ali Parsa told CNBC on the phone. “People are a challenge — it’s very hard to find amazing people with development experience.”

He said London was appealing as headquarters because the city attracted that talent.

“London doesn’t have the ecosystem to manage and scale companies like Silicon Valley does,” he admitted. “But (London is ahead) in the quality of scientists and engineers we can attract from the EMEA area.”

The industry is also benefiting from a cycle of investment where companies are acquired, scaled up and go on to invest in other start-ups.

Zoe Chambers, head of future industry at Octopus Ventures, referred to this as a “pay it forward mentality.” However, she told CNBC that while a lot of capital was flowing into the market, it was still difficult to make deals with the most innovative companies.

“An increasing number of American investors are looking across to the U.K. and Europe,” she said, noting Google’s £400 million acquisition of DeepMind in 2014. “The biggest tech companies in the world are all making huge investments in AI, so it would be foolish of us not to take notice of that.”

Her advice to potential investors was to have realistic expectations.

“A lot of breakthroughs have largely plateaued,” she said. “But there is a lot of opportunity to harness that. For me that means tech that could speed up scientific research, or at least predict a hypothesis quicker. So don’t expect that the technology is going to be massively disruptive, but look for tech that’s going to be applied to something that’s calling out for it.”

One company capitalizing on this is Luminance, a three-year-old start-up providing AI that eases the workload for law firms. CEO Emily Foges said the technology was continuing to grow as it is being developed to apply to various areas of law.

“Luminance works with compliance, property law, litigation – we will go on because there are so many different fields of law where this tech makes a difference,” she told CNBC on the phone. “What’s paying right now is that everyone understands you cannot make the margins you need to compete without this technology.”

Will robots take our jobs?

Elon Musk says robots will be able to do everything better than humans. So does that mean the future workforce will be entirely automated? CNBC’s Elizabeth Schulze explains.