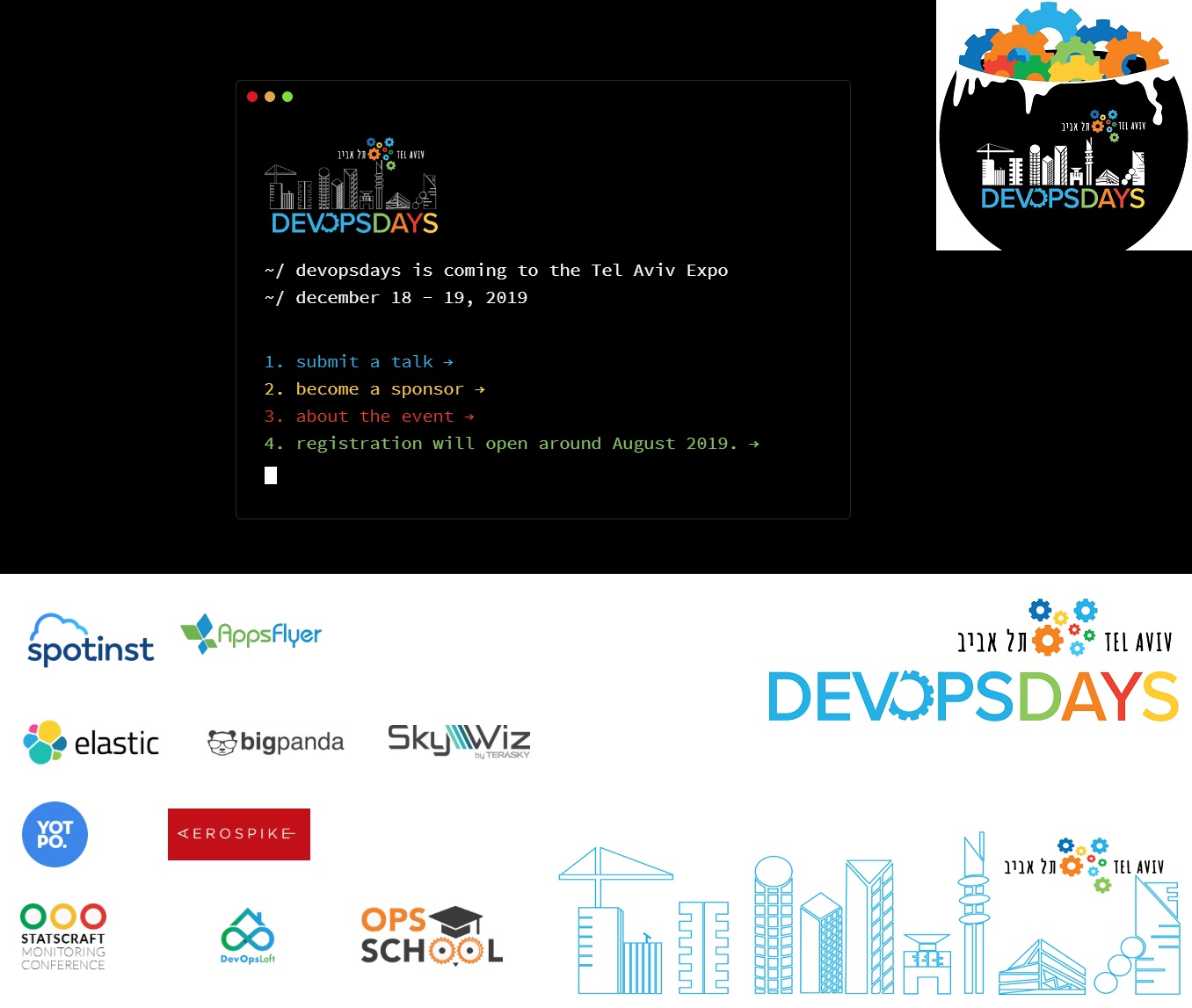 Join leading speakers from around the globe, together with DevOps, SRE, platform, production and operations engineers for two full days of sessions & masterclasses focusing on best practices in operations and systems engineering to gear engineering teams for success.

DevOpsDays is a volunteer-led event, by the community for the community – with talks contributed by some of the best from our local community as well as the global DevOps community, with a diversity of talks from beginner through advanced.

Devopsdays is a worldwide series of technical conferences covering topics of software development, IT infrastructure operations, and the intersection between them. Each event is run by volunteers from the local area. (About DevOpsDays Tel Aviv & its organizers).

History
The first devopsdays was held in Ghent, Belgium in 2009. Since then, devopsdays events have multiplied, and if there isn’t one in your city, check out the information about organizing one yourself!

About the organization
The devopsdays global core team guides local organizers in hosting their own devopsdays events worldwide.