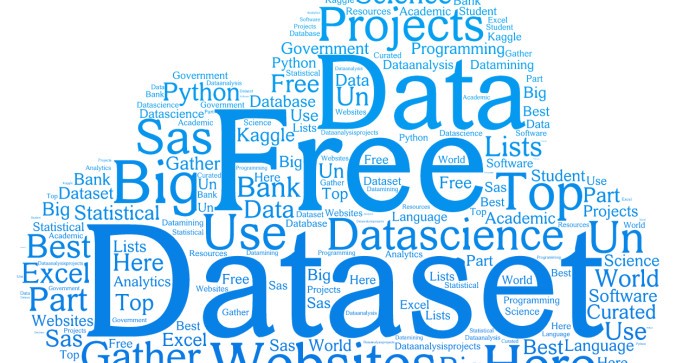 The quality of your data is often an issue as to why your algorithm gives poor predictions. Having a clean large consistent data set is quite difficult to obtain. I would like to recommend a cheat sheet with the sources of best free data sets that you might be interested in to use while doing computer vision, sentiment analysis, NLP, financial predictions, etc.

What are some open datasets for machine learning? We at Gengo decided to create the ultimate cheat sheet for high quality datasets. These range from the vast (looking at you, Kaggle) or the highly specific (data for self-driving cars).

First, a couple of pointers to keep in mind when searching for datasets. According to Dataquest:

Kaggle: A data science site that contains a variety of externally-contributed interesting datasets. You can find all kinds of niche datasets in its master list, from ramen ratings to basketball data to and even seattle pet licenses.

UCI Machine Learning Repository: One of the oldest sources of datasets on the web, and a great first stop when looking for interesting datasets. Although the data sets are user-contributed, and thus have varying levels of cleanliness, the vast majority are clean. You can download data directly from the UCI Machine Learning repository, without registration.

Data.gov: This site makes it possible to download data from multiple US government agencies. Data can range from government budgets to school performance scores. Be warned though: much of the data requires additional research.

Food Environment Atlas: Contains data on how local food choices affect diet in the US.

School system finances: A survey of the finances of school systems in the US.

The US National Center for Education Statistics: Data on educational institutions and education demographics from the US and around the world.

Data USA: A comprehensive visualization of US public data.

Quandl: A good source for economic and financial data – useful for building models to predict economic indicators or stock prices.

World Bank Open Data: Datasets covering population demographics and a huge number of economic and development indicators from across the world.

Financial Times Market Data: Up to date information on financial markets from around the world, including stock price indexes, commodities and foreign exchange.

ImageNet: The de-facto image dataset for new algorithms. Is organized according to the WordNet hierarchy, in which each node of the hierarchy is depicted by hundreds and thousands of images.

Google’s Open Images: A collection of 9 million URLs to images “that have been annotated with labels spanning over 6,000 categories” under Creative Commons.

Labelled Faces in the Wild: 13,000 labeled images of human faces, for use in developing applications that involve facial recognition.

Indoor Scene Recognition: A very specific dataset, useful as most scene recognition models are better ‘outside’. Contains 67 Indoor categories, and a total of 15620 images.

Sentiment140: A popular dataset, which uses 160,000 tweets with emoticons pre-removed.

Twitter US Airline Sentiment: Twitter data on US airlines from February 2015, classified as positive, negative, and neutral tweets

Enron Dataset: Email data from the senior management of Enron, organized into folders.

Google Books Ngrams: A collection of words from Google books.

Wikipedia Links data: The full text of Wikipedia. The dataset contains almost 1.9 billion words from more than 4 million articles. You can search by word, phrase or part of a paragraph itself.

Jeopardy: Archive of more than 200,000 questions from the quiz show Jeopardy.

Berkeley DeepDrive BDD100k: Currently the largest dataset for self-driving AI. Contains over 100,000 videos of over 1,100-hour driving experiences across different times of the day and weather conditions. The annotated images come from New York and San Francisco areas.

Oxford’s Robotic Car: Over 100 repetitions of the same route through Oxford, UK, captured over a period of a year. The dataset captures different combinations of weather, traffic and pedestrians, along with long-term changes such as construction and roadworks.

CSSAD Dataset: This dataset is useful for perception and navigation of autonomous vehicles. The dataset skews heavily on roads found in the developed world.

MIT AGE Lab: A sample of the 1,000+ hours of multi-sensor driving datasets collected at AgeLab.

If you think we’ve missed a dataset or two, let us know! And check out our more detailed list on datasets for natural language processing.  Still can’t find what you need? Reach out to Gengo — we provide custom machine learning datasets. We manage the entire process, from designing a custom workflow to sourcing qualified workers for your specific project. Plus, our team includes over 21,000+ qualified native speakers in English as well as 36 other languages.