In collaboration with Google Creative Lab, I’m excited to announce the release of a TensorFlow.js version of PoseNet¹,² a machine learning model which allows for real-time human pose estimation in the browser. Try a live demo here.

PoseNet can detect human figures in images and videos using either a single-pose or multi-pose algorithm — all from within the browser.

So what is pose estimation anyway? Pose estimation refers to computer vision techniques that detect human figures in images and video, so that one could determine, for example, where someone’s elbow shows up in an image. To be clear, this technology is not recognizing who is in an image — there is no personal identifiable information associated to pose detection. The algorithm is simply estimating where key body joints are.

Ok, and why is this exciting to begin with? Pose estimation has many uses, from interactive installations that react to the body to augmented reality, animation, fitness uses, and more. We hope the accessibility of this model inspires more developers and makers to experiment and apply pose detection to their own unique projects. While many alternate pose detection systems have been open-sourced, all require specialized hardware and/or cameras, as well as quite a bit of system setup. With PoseNet running on TensorFlow.jsanyone with a decent webcam-equipped desktop or phone can experience this technology right from within a web browser. And since we’ve open sourced the model, Javascript developers can tinker and use this technology with just a few lines of code. What’s more, this can actually help preserve user privacy. Since PoseNet on TensorFlow.js runs in the browser, no pose data ever leaves a user’s computer.

Before we dig into the details of how to use this model, a shoutout to all the folks who made this project possible: George Papandreou and Tyler Zhu, Google researchers behind the papers Towards Accurate Multi-person Pose Estimation in the Wild and PersonLab: Person Pose Estimation and Instance Segmentation with a Bottom-Up, Part-Based, Geometric Embedding Model, and Nikhil Thorat and Daniel Smilkov, engineers on the Google Brain team behind the TensorFlow.js library.

Getting Started with PoseNet

PoseNet can be used to estimate either a single pose or multiple poses, meaning there is a version of the algorithm that can detect only one person in an image/video and one version that can detect multiple persons in an image/video. Why are there two versions? The single person pose detector is faster and simpler but requires only one subject present in the image (more on that later). We cover the single-pose one first because it’s easier to follow.

At a high level pose estimation happens in two phases:

But wait what do all these keywords mean? Let’s review the most important ones:

Pose — at the highest level, PoseNet will return a pose object that contains a list of keypoints and an instance-level confidence score for each detected person. 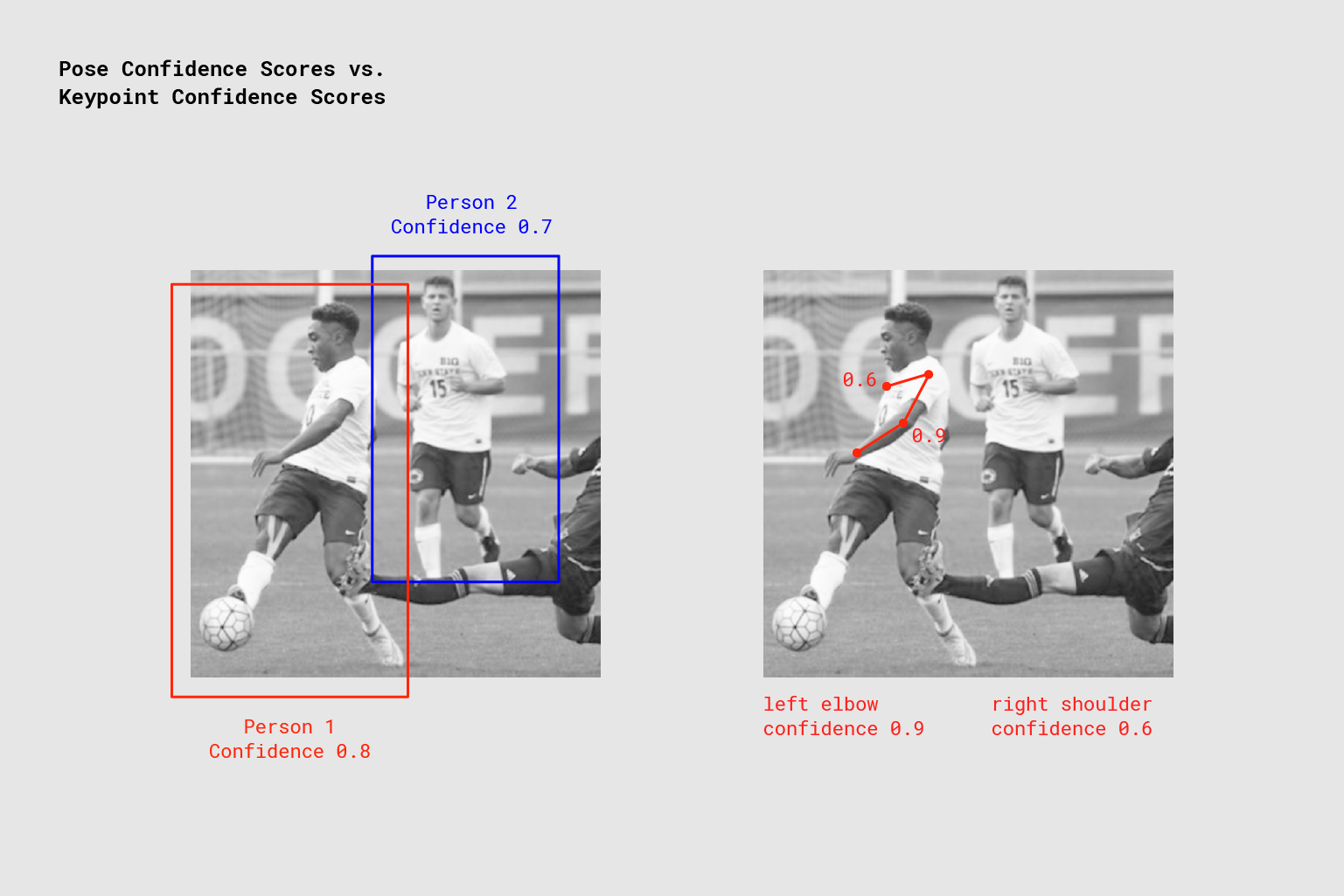 A lot of work went into abstracting away the complexities of the model and encapsulating functionality into easy-to-use methods. Let’s go over the basics of how to setup a PoseNet project.

The library can be installed with npm:

or via a bundle in the page: 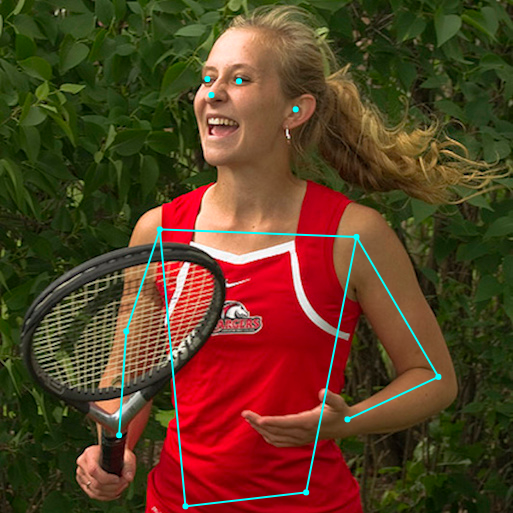 As stated before, the single-pose estimation algorithm is the simpler and faster of the two. Its ideal use case is for when there is only one person centered in an input image or video. The disadvantage is that if there are multiple persons in an image, keypoints from both persons will likely be estimated as being part of the same single pose — meaning, for example, that person #1’s left arm and person #2’s right knee might be conflated by the algorithm as belonging to the same pose. If there is any likelihood that the input images will contain multiple persons, the multi-pose estimation algorithm should be used instead.

Let’s review the inputs for the single-pose estimation algorithm:

Now let’s review the outputs for the single-pose estimation algorithm:

This short code block shows how to use the single-pose estimation algorithm: 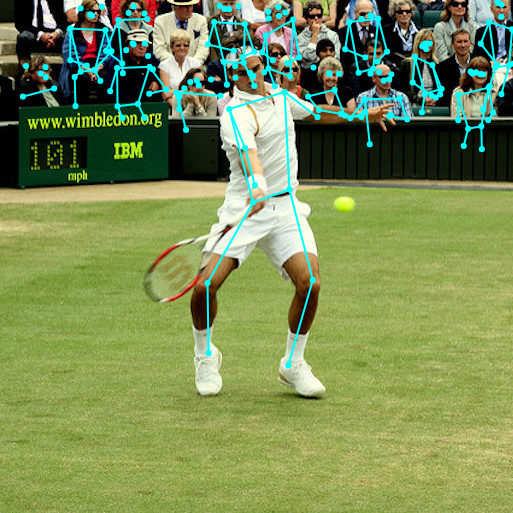 The multi-person pose estimation algorithm can estimate many poses/persons in an image. It is more complex and slightly slower than the single-pose algorithm, but it has the advantage that if multiple people appear in a picture, their detected keypoints are less likely to be associated with the wrong pose. For that reason, even if the use case is to detect a single person’s pose, this algorithm may be more desirable.

Moreover, an attractive property of this algorithm is that performance is not affected by the number of persons in the input image. Whether there are 15 persons to detect or 5, the computation time will be the same.

The best way to see what effect these parameters have is to play with the multi-pose estimation demo.

This short code block shows how to use the multi-pose estimation algorithm:

An example output array of poses looks like the following:

If you’ve read this far, you know enough to get started with the PoseNet demos. This is probably a good stopping point. If you’re curious to know more about the technical details of the model and implementation, we invite you to continue reading below.

In this section, we’ll go into a little more technical detail regarding the single-pose estimation algorithm. At a high level, the process looks like this: 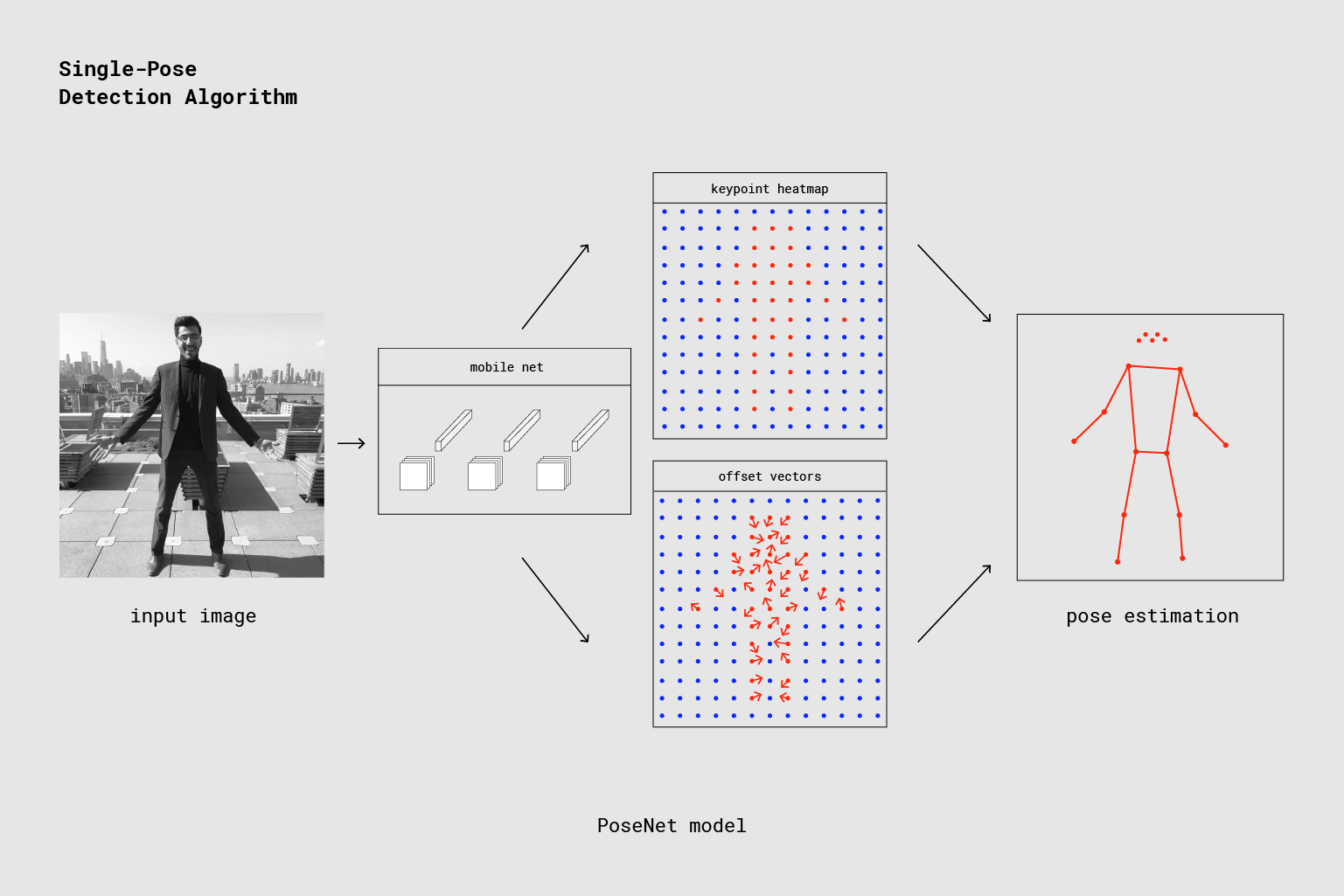 One important detail to note is that the researchers trained both a ResNet and a MobileNet model of PoseNet. While the ResNet model has a higher accuracy, its large size and many layers would make the page load time and inference time less-than-ideal for any real-time applications. We went with the MobileNet model as it’s designed to run on mobile devices.

Conveniently, the PoseNet model is image size invariant, which means it can predict pose positions in the same scale as the original image regardless of whether the image is downscaled. This means PoseNet can be configured to have a higher accuracy at the expense of performance by setting the output stride we’ve referred to above at runtime.

When PoseNet processes an image, what is in fact returned is a heatmapalong with offset vectors that can be decoded to find high confidence areas in the image that correspond to pose keypoints. We’ll go into what each of these mean in a minute, but for now the illustration below captures at a high-level how each of the pose keypoints is associated to one heatmap tensor and an offset vector tensor. 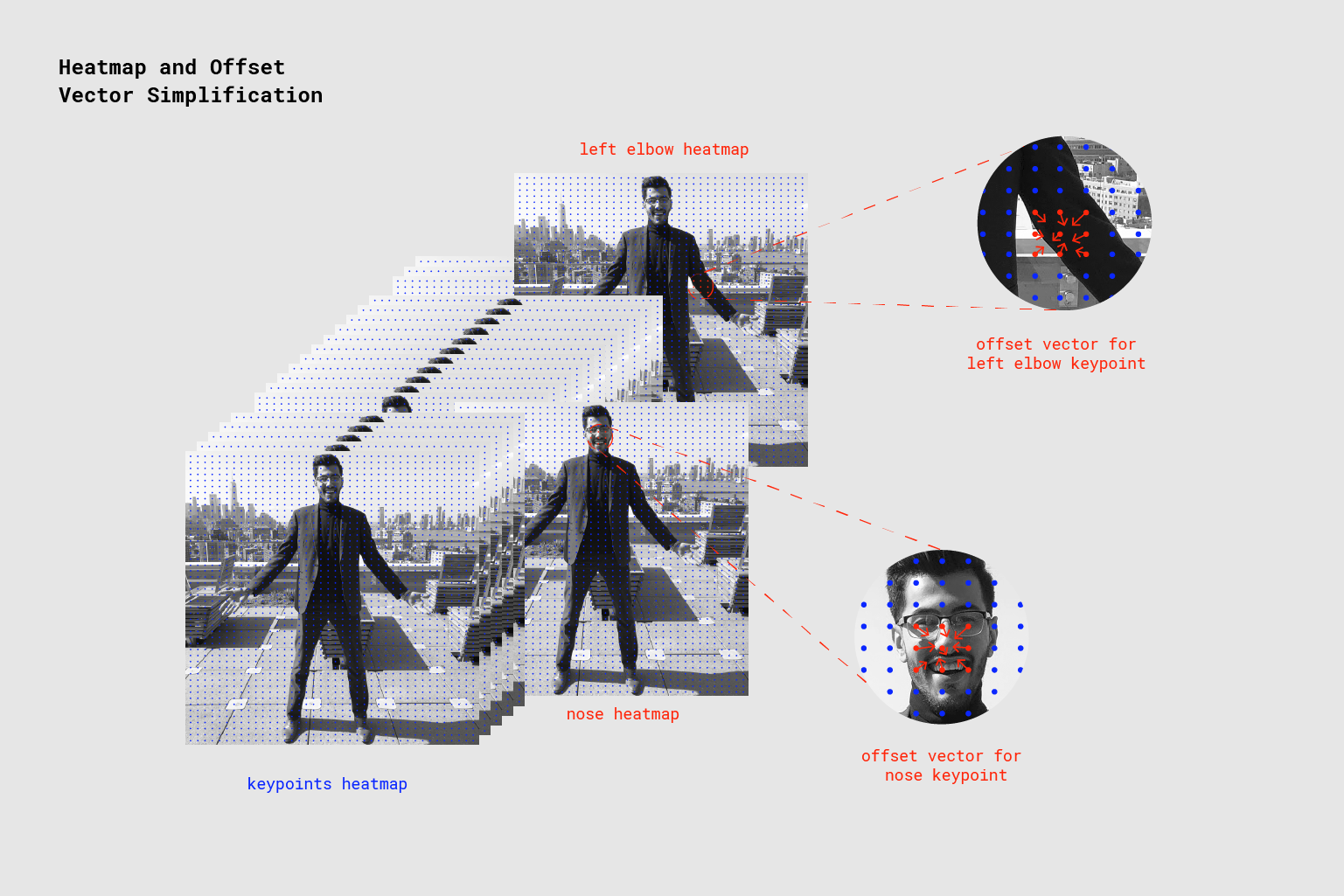 Each of the 17 pose keypoints returned by PoseNet is associated to one heatmap tensor and one offset vector tensor used to determine the exact location of the keypoint.

Both of these outputs are 3D tensors with a height and width that we’ll refer to as the resolution. The resolution is determined by both the input image size and the output stride according to this formula:

Each heatmap is a 3D tensor of size resolution x resolution x 17, since 17 is the number of keypoints detected by PoseNet. For example, with an image size of 225 and output stride of 16, this would be 15x15x17. Each slice in the third dimension (of 17) corresponds to the heatmap for a specific keypoint. Each position in that heatmap has a confidence score, which is the probability that a part of that keypoint type exists in that position. It can be thought of as the original image being broken up into a 15×15 grid, where the heatmap scores provide a classification of how likely each keypoint exists in each grid square.

Estimating Poses from the Outputs of the Model

After the image is fed through the model, we perform a few calculations to estimate the pose from the outputs. The single-pose estimation algorithm for example returns a pose confidence score which itself contains an array of keypoints (indexed by part ID) each with a confidence score and x, y position.

To get the keypoints of the pose:

The details of the multi-pose estimation algorithm are outside of the scope of this post. Mainly, that algorithm differs in that it uses a greedy process to group keypoints into poses by following displacement vectors along a part-based graph. Specifically, it uses the fast greedy decoding algorithm from the research paper PersonLab: Person Pose Estimation and Instance Segmentation with a Bottom-Up, Part-Based, Geometric Embedding Model. For more information on the multi-pose algorithm please read the full research paper or look at the code.

It’s our hope that as more models are ported to TensorFlow.js, the world of machine learning becomes more accessible, welcoming, and fun to new coders and makers. PoseNet on TensorFlow.js is a small attempt at making that possible. We’d love to see what you make — and don’t forget to share your awesome projects using #tensorflowjs and #posenet!