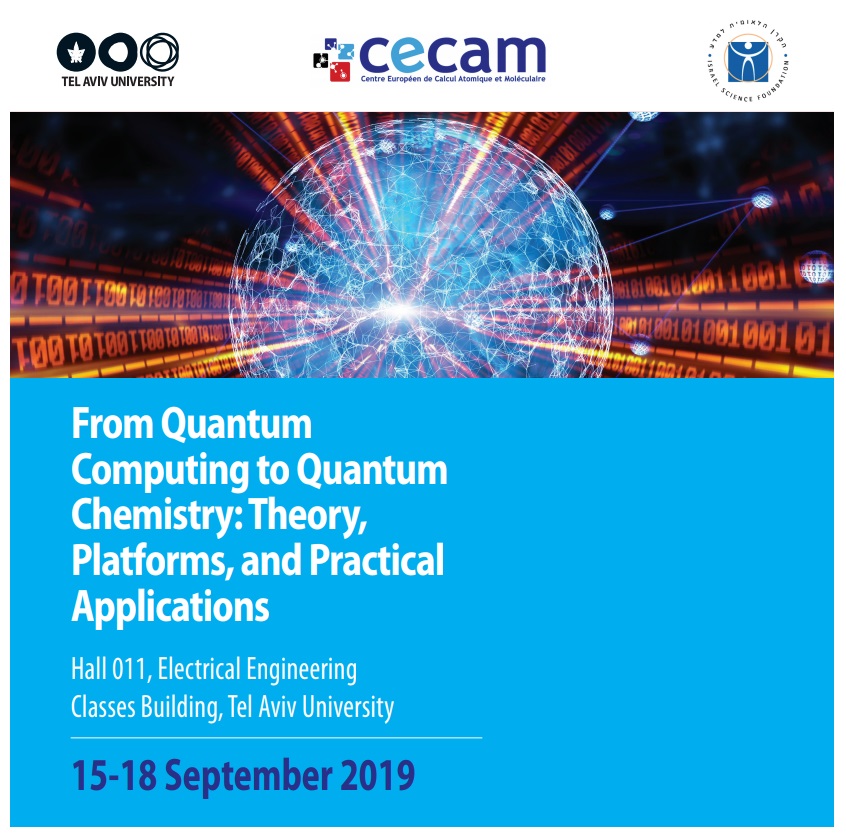 The great 20th century physicist, Richard P. Feynman, stated in his famous 1981 lecture titled “Simulating Physics with Computers” that “Nature isn’t classical… and if you want to make a simulation of Nature, you’d better make it quantum mechanical, and by golly it’s a wonderful problem, because it doesn’t look so easy”. In recent years, this brave prophecy started to become reality and quantum computing holds great promise to revolutionize the computational capabilities of human kind. In contrast to the architecture of contemporary (super) computers that relies on classical mechanics and binary bits, quantum computers harness the laws of quantum mechanics and its unique concepts (such as coherence, superposition, and entanglement) to form bits of an infinite manifold of possible states (often called qubits) and couple them to each other.

This new computational platform calls for completely new algorithmic paradigms. To exemplify this, consider quantum chemistry calculations that are considered to be the first killer application for quantum computers. On traditional computers one usually approximates the many-body wave function as a linear combination of basis-functions (usually Slater determinants constructed from localized, plane-wave, or real-space grid-based orbitals) using, e.g. the configuration interaction or coupled clusters expansions. Alternatively, a the single-determinantal wave function of a reference non-interacting system can be used for this approximation within the realm of density functional theory. In contrast, given a quantum computer one can obtain exact mapping between the quantum mechanical problem to be solved and the actual state of the quantum circuitry. Hence, the system can be prepared in an initial quantum state and be driven towards the desired solution that can eventually be read directly from the system’s state at a certain accuracy.

However, with the recent great advances in the construction of actual quantum computational platforms and the emergence of their first practical quantum chemistry applications come also great challenges of shifting the computational paradigm within the relevant user communities. The main hurdles can be identified as: (i) reluctance to study a completely new computational language and jargon that are out of the comfort zone of traditional users; (ii) the need to invest efforts and resources in understanding the interplay between the physical world to be modeled and the new computational platform; and (iii) the natural distrust in an immature and exploratory technology.

Nevertheless, the expected gain for those who make the step forward is very high. This is well supported by the success of the computational methodologies developed by the 2013 Nobel prize Laureates Michael Levitt, Arieh Warshel, and Martin Karplus, and their great mentor, the late Shneior Lifson, who constructed highly efficient algorithms that were able to utilize the very poor computational resources available at the time to perform multiscale computer modeling of proteins. In a sense, the current status of quantum computing is similar to the state of classical computers when these pioneering achievement, of untouched scientific grounds, have been made.

In light of all of the above, the objective of the tutorial is to help potential quantum computer users in general, and those coming from the quantum chemistry community in particular, overcome the abovementioned potential energy barriers for using this new and fascinating computational platform. The participants will be exposed to the basic theoretical concepts of quantum computing, to the technical and operational aspects of the available platforms, and to the fundamentals of translating and mapping an actual physical problem onto a quantum computing circuit. To this end, experts from three different disciplines, namely, computer science, quantum chemistry, and the computer technology industry, will be gathered to provide tutorial level introductory lectures assuming no preliminary knowledge on the subject.

The suggested tutorial will complement recent CECAM workshops, such as “Synergy Between Quantum Computing and High-Performance Computing” that aimed at identifying major challenges and future directions. It will do so by making the field accessible to non-experts, who have no prior experience and knowledge on the theory and practice of quantum computing. Therefore, the knowhow gained in this workshop is expected to expand the community of quantum computing users from the chemistry and physics disciplines. Furthermore, we aim to seed collaborative efforts between quantum chemists, physicists, and computer scientists to form synergistic workgroups that will develop new ways.