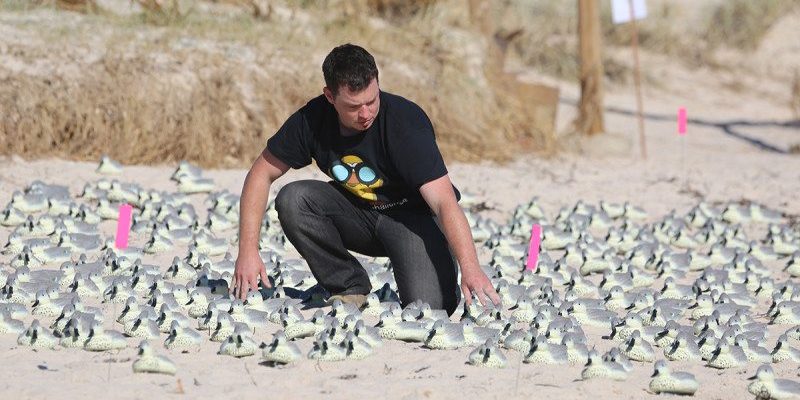 Is it a bird? Well, no, it’s a plastic duck. In fact, it’s about a thousand of them, give or take a few. An experiment using fake ducks to stand in for the real thing has found that when it comes to counting birds, drones beat humans.

Jarrod Hodgson and his colleagues at the University of Adelaide in Australia had previously used aerial images from drones to count seabirds and found that the drones had a more comprehensive view of the colonies than the people trying to count them on the ground.

However, neither could provide an exact count of the individual birds. “We couldn’t test for accuracy,” says Hodgson.

So he bought many hundreds of plastic duck decoys to simulate a flock of greater crested terns on a beach in South Australia – much to the amusement of his fellow researchers.

“A shipment arrived and my colleagues had just thrown them all in my office – I couldn’t even get to my desk,” he recalls.

After the team set the fakes up on the beach, drones began taking aerial photographs of the “colonies”, one of which had more than 1000 plastic ducks. Humans counted the fake birds in these images, and also made counts from vantage points on the ground. 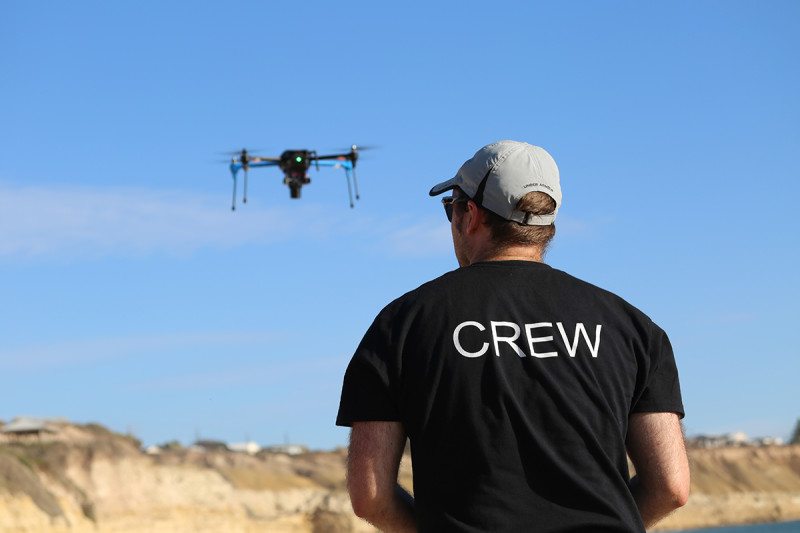 The highest-quality drone images – taken from altitudes of 30 metres – allowed for counts that were more than 90 per cent more accurate than those made by humans on the ground.

The team also developed a machine learning system to count the proxy birds in the photographs automatically. After training, it proved to be about as accurate as humans. The work will be presented at the International Congress for Conservation Biology in Colombia this week.

“There’s immense potential for this to become a more mainstream method,” says Norman Ratcliffe at the British Antarctic Survey in Cambridge, UK, who has used drones to help gauge numbers of seabirds in colonies before.

He points out that aerial images have added benefits – ecologists can use them to monitor the outline, position and habitat of a colony over time, as well as keep track of numbers.

Bird strike is a risk when using airborne vehicles for such research, but Ratcliffe points out that some ground-based counts – in which observers walk through colonies – can be destructive, too, if eggs or nests are disturbed.

In the UK, the Royal Society for the Protection of Birds is already using drones to monitor seabirds. Principal conservation scientist Mark Eaton says that drones were recently successfully trialled during counts at Bempton Cliffs in northern England. That could reduce the need for surveying the birds visually from small boats, which can be dangerous as these often need to venture precariously near rocky cliffs.

“This has limited the number of years in which complete colony counts have been possible,” says Eaton. Now, the sky’s the limit.